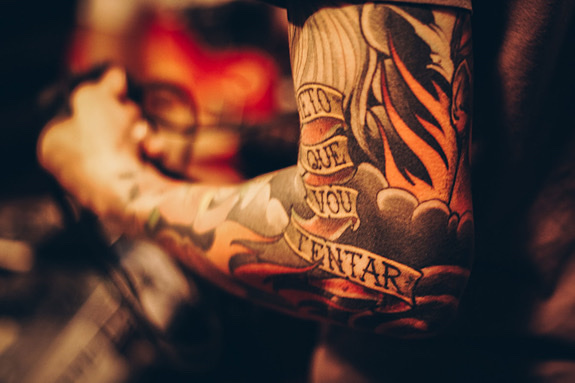 We’re always trying to come up with new things that can enhance our lives. We do it collectively as a community, and we do it individually. We might do it to promote a better lifestyle for ourselves; we might do it to look a little different. We don’t like to stand still or to keep the same old life ticking over; we need to constantly evolve and shake things up a little. Variety is the spice of life, as they say.

Tattoos have always been quite a popular bodily decoration. Hundreds of years ago, different tribespeople from all corners of the earth would mark patterns and designs on themselves to show that they’re part of a particular group. It was a genuine, cultural part of their existence. Now? Well, it’s less about that, and more about adding a bit of style to our somewhat bland blank canvas of a body.

Some people hate tattoos and think they’re a terrible idea. That’s fine, I guess; everyone’s allowed an opinion. They’re a lot more accepted in our society now, though, and that’s cool – live and let live. For those that are still a little indifferent about those creative marks on a dude’s skin, let’s quickly run through why guys get tattoos and why they’re a pretty badass idea.

Stand Out From Crowd

Everybody starts out with a blank canvas. Our skin is beautiful, but many don’t like the idea of being exactly the same as everyone else. Yes, we all kinda look different we all have different features, but tattoos can separate someone and shine a big light onto them. If you’re quite the attention grabber and have all the confidence in the world in terms of being a star, then tattoos are a sure-fire way of attracting eyes.

They can hold a lot of meaning for someone. Once they’re etched onto someone’s skin, they’re pretty much there for life. Sure, you can pay big bucks to get laser removal, but how often do people really pay for something like that or even bother thinking about it. If they’re graced with a child, people like to mark the date of birth and the time of birth down on your skin. They might also want to add other personal events so that they’ll never forget. During crazy trips away to party isles, some even get crazy, drunk tattoos to mark the unforgettable week they had.

Show Off Your Personality

A tattoo is an art. Art is completely personal and subjective. Some people head into a tattoo parlor and copy others by getting a fairly generic piece, but you get to have whatever you like. When you show off this kind of thing, you’re displaying your personality to the world without even opening your mouth or doing anything physically.

Many Find Them Really Attractive

They can be super sexy in a lot of people’s eyes. If you’re trying to boost your looks, then a tattoo might do it for you. Sleeve tattoos can really turn people on – some even get attracted to guys with full-body pieces. In terms of aging, tattoos fade a little, but they still look awesome on an older person. The stigma goes along the lines of ‘imagine how that’ll look when you’re eighty.’ Cool. It’ll look cool.