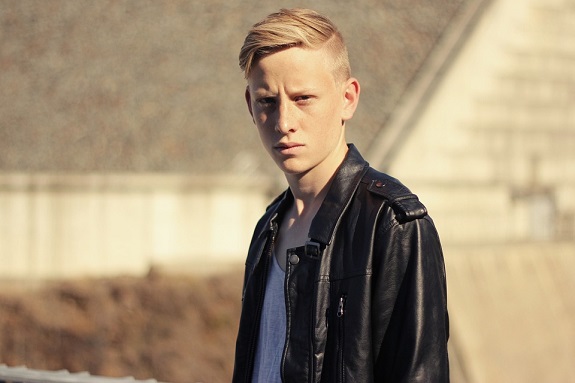 For many, many years women have ruled the world of modeling. However, this trend is definitely changing, as male modeling is surging in popularity and generating much more attention in the media and such like.

In this post we will provide you with an excellent overview of the male modeling industry at present, ranging from information about its recent popularity to taking a look at some of the best opportunities for male models today. So, keep on reading to find out everything you need to know…

Let’s start this post by taking a look at some of the most popular male models in the world right now – i.e. those that can take more than a bit of credit for the increased attention given to this industry. It would only be right to begin with Sean O’Pry, the highest paid male model of last year. Sean O’Pry, who was discovered on MySpace when he was 17 years old, earned $1.5m in 2017. Not only has he featured in a Madonna video, but he has featured in major campaigns for everyone from Versace, to Calvin Klein, to Ralph Lauren.

Next, we have the famous face of Dolce & Gabbana, David Gandy. This man has been able to achieve what most haven’t, and this is reach supermodel status! Gandy’s work goes way beyond catalogues and runways. Not only has he held contracts with everyone from Massimo Dutti to Hugo Boss, but the 33-year-old is a well-respected figure in the industry, writing columns for GQ and British Vogue and owning his very own training app.

Other faces in the industry that have made a massive impression include the likes of Simon Nessman, who is the face of Michael Kors and Giorgio Armani. There’s also Ben Hill, Baptiste Giabiconi, Mark Vanderloo, Noah Mills, and of course the first man ever to be on the cover of Uomo Vogue, Gabriel Aubry.

These men, as well as many others, have had a massive impact on the world of fashion, inspiring many others to follow suit. They have gained increased attention in the media as well, which has only helped to put the spotlight on male modeling.

There is also the argument that men have become more experimental with their sense of style over the past few years. Greater risks are being taken on the catwalk and this is being embraced by men all over the world, who aren’t afraid to lose a bit of their manly status if it means spending an extra hour getting their look perfected. It has the snowball effect, creating more followers of fashion, more opportunities and such like.

But, just how do you break into the male fashion industry? Fashion as a whole has a reputation for being an industry that is challenging and competitive, and the same goes when it comes to male modeling. You have to do everything in your power to stand out from the crowd and showcase why you are the best face for a particular campaign or the best person to walk down the runway for a certain designer.

A good physique and strong features are just two elements you will need if you want to make it in this industry. The good news is there is a bit more flexibility in terms of looks when you contrast with the female modeling world. However, there are still industry standards in place that you should be aware of. In terms of height, most models are between 6 feet and 6 feet 2 inches tall. Straight teeth and clear skin are a must. Models with a lean build are preferred. Men with very muscular physiques are often rejected because their body pulls at the clothing. Jacket size should be a 40 regular.

One of the best things about the male modeling industry is that it can actually provide you with a long-term career. The same cannot be said for female modeling. Parkes actually discovered one of the world’s best models, Tyson Ballou, when he was 15 years old. Men from the age of 15 to 25 make up the young men’s market. However, your career definitely does not end once you hit the age of 25. Images of distinguished seniors and executives are in demand in the marketplace, and thus modeling can provide you with a job when you are 40, 50 and older.

You don’t need to go to modeling school in order to make it in the industry. However, if you want to make the most of the opportunities that are available, you should certainly consider it. Modeling school will give you an upper hand. One of the most important things you will learn is the ins and outs of what is expected from you on set. You will also discover how to streamline your look so you have a greater chance of landing jobs and you will learn all the industry lingo, which can certainly prove to be beneficial. This all works to guarantee you have a greater level of confidence with every casting or job you attend, and everyone knows confidence is a key ingredient for any model.

You should definitely explore the possibility of signing up with a male modeling agency as well. Not only will they help you to get greater exposure and more job opportunities, but they will often have information about a job that is not yet open to the public. They can also organize arrangements and negotiate contracts on your behalf as well.

When it comes to opportunities in the male fashion industry, you should also be aware of the fact that the greater your reputation becomes the more opportunities you will be opening yourself up to in other areas. A lot of male models end up working in the acting industry at some point. A crossover career can be achieved with the right guidance and training. You will be able to earn a lot more money as an actor, and you will fuel your modeling career further by gaining exposure on the big screen. This is something you should definitely consider. Nonetheless, acting is not tempting for all!

When attempting to break into the modeling industry it is important to try and be flexible. Yes, you may have dreams of being a high fashion model, yet you may have to explore other types of modeling before you get there. The exposure and experience will do you good, as will the pay the bills of course! There are so many types of male modeling you may have not even considered, such as promotional modeling at trade shows or conventions, specialty modeling – i.e. focusing on one area of your body such as your feet or hair, catalogue modeling, commercial print modeling, which can include shots for different brands and campaigns, for example, wearing patriotic apparel during elections or shooting for commercials, showroom modeling, runway modeling, character modeling, editorial modeling, fashion modeling and indeed high fashion modeling.

Hopefully, you now have a clear picture of the male modeling industry. This is an industry that is surging in popularity at present. Nonetheless, don’t let this fool you into thinking it has become easier to break into. You still need to do your homework and get as much experience as possible if you want to become a successful male model.