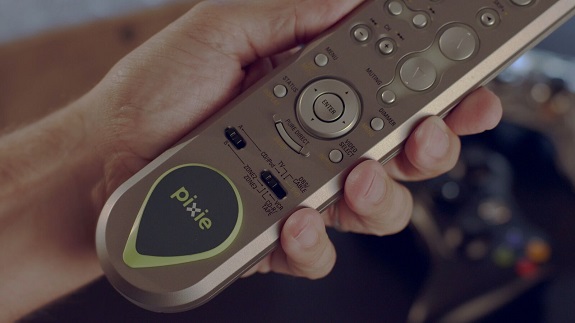 We’ve all had that morning where we are running late because we can’t seem to remember the “safe” place we last left our keys. According to the “Lost & Found Survey” by Pixie, a smart location solution for iPhones that uses augmented reality to actually SHOW the location of misplaced objects, this is a common occurrence with Americans spending 2.5 days a year looking for misplaced items. The top misplaced item is the TV remote (more than 71% of us lose the remote at least once a month) closely followed by phones, car and house keys, glasses, and shoes!  What’s more, we collectively spend $2.7 billion each year replacing items, and more than half of us are regularly late for work or school due to frustrating searches.

Pixie is creating a world where lost items are a thing of a past by giving everyday physical objects digital identities. “Pixified” items can then be quickly tracked, down-to-inches. Unlike the traditional Bluetooth trackers that make you chase a beep to find your lost items, Pixie shows you where items are hiding and guides you to find them, helping to avoid some of the issues revealed by the Lost & Found Survey.  Some key findings include:

Although 40% of Americans believe getting older causes them to forget where they place their valuables and household items, Millennials are generally TWICE as likely to misplace items over Boomers and a third more likely to lose items compared to Generation X.  Baby Boomers come out on top as being the most responsible generation with more than 55% claiming they haven’t lost their keys or phone in more than two months compared with 23% for Millennials.

Despite the battle of the sexes, men and women are equally likely to lose items.

Besides causing stress and frustration, losing items can have a major impact on the day with more than 60% of people admitting they have been late to work or school due to searching for items. Additionally, almost half of respondents have missed an appointment or meeting searching for missing valuables.

Misplacing an item can also lead to arguments with one in three sharing that they get in fights with their significant other when things go missing.

Two thirds of us spend up to $50 a year replacing lost items, and as a nation, we spend $2.7 billion replacing items.

While 46% of respondents were able to admit that they are the most likely individuals in their household to lose something, 63% fessed up to blaming someone else for a lost item. Men are the most likely to put the blame on someone else with 35% saying they assume their spouse has lost a household good instead of themselves. This is compared to less than 30% of women admitting to the same issue.

Multitasking is the most cited cause for misplacing items with almost half of Americans saying trying to juggle more than one task leads to them forgetting where they placed a valuable.

Around the house or in the car are the most common places for people to lose items, and the first place people look when searching for lost items is their purse or bag (21%), followed by the couch (18%), pockets of the previous day’s clothing (14%) and around their beds (11%).

An upside to hunting for a missing item is that two out of three adults (69%) shared that they have found another missing item while hunting for something else.  Furthermore, 29% of people have had a lost wallet or purse returned to them by a stranger and 27% have been reunited with lost phones.

“Losing valuables like keys, remotes and wallets is not only frustrating, but it can waste valuable time, result in an expensive mistake and lead to unnecessary arguments. This is why we created Pixie, a simple solution to finding misplaced items quickly and easily,” said Amir Bassan-Eskenazi, CEO and co-founder of Pixie Technology. “Pixie does not rely on sound alerts to find an item, but rather shows people exactly where their item is located through an advanced augmented reality app interface that can find items through walls, in drawers or behind pillows.”

Starting at $49.99, Pixie Points can be purchased for iOS devices today, in a range of different packages at www.getpixie.com.