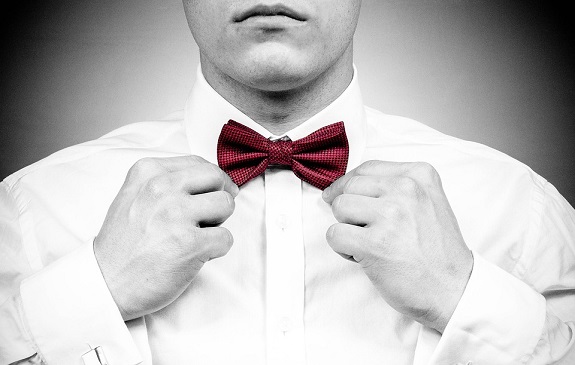 Every year there are new fashion trends which come onto the scene and take the world by storm. Some of these trends are styles that we expect. After all, they may have been featured in many magazines, or they may be a trend which is simply deemed to be a classic piece, such as V-neck jumpers and chinos. Nevertheless, there are always those trends which take us by surprise. Trends that we see for the first time and think ‘what are they wearing’, however, it only takes about a week and then we are all wearing them too. It is these sorts of unusual trends that really take the fashion world by storm.

Who would have ever thought that ties would be out of fashion in favor of the bow tie? When bow ties came into fashion, very few thought that they would last, with most merely casting them off as a passing fad. Nevertheless, this is a trend which shows real staying power and provides a great way to add an edge and some quirky style to a formal suit. This trend is also one which is very popular with celebrities, with the following all being fans of the bow tie; Tinie Tempah, Pharrell Williams, Justin Timberlake, Ed Westwick, and Chris Brown.

Very few people thought that they would see the day whereby men were wearing denim shirts. After all, the denim look is something which has long been associated with women. In fact, most men shared the thought that the only men who sport a lot of denim are farmers. However, denim shirts have soared straight to the top of the fashion world. There are some high-profile celebrities who are a fan of this trend as well, including David Beckham, Kanye West, Zac Efron, Chris Pine, Josh Duhamel, and Scott Disick.

You need to have a lot of confidence to pull off this look because it is a style which always attracts a wealth of attention. Most men tend to team their blazer with a plain colored t-shirt; black, grey or white. When it comes to the trousers it gets a little bit trickier, go for a pair of jeans to play it safe. Alternatively, buy trousers which match your blazer if you want to go for the complete look. Tinie Tempah, Big Sean, Kanye West, Bradley Cooper, and Brad Goreski have all been spotted rocking this trend.

Who would have thought that geek glasses would have become so popular? This is a trend which has literally taken over men and women’s fashion over the past few years, and it is unlikely that this is a trend which will ever diminish with regards to popularity now. The real question is who hasn’t been spotted in geek glasses? Nevertheless, the following celebrities are firm favorites of the look; Justin Bieber, Will.i.am, Matt Bomer, and Johnny Depp.

This is a trend which is a particular favorite of teen pop sensation Justin Bieber. It is doubtful many people would have expected pants which are saggy at the top and tight at the bottom to be such a hit, but they certainly have been. Team with a cool T-shirt, like Penguin shirts. And Justin isn’t the only fan of harem trousers; he has got company in the form of Mark Ronson, Jaden Smith, Robbie Williams, and Jude Law.

No one would have expected these five fashion trends to have had such a profound impact on the world of style. But they have, and they are here to stay.