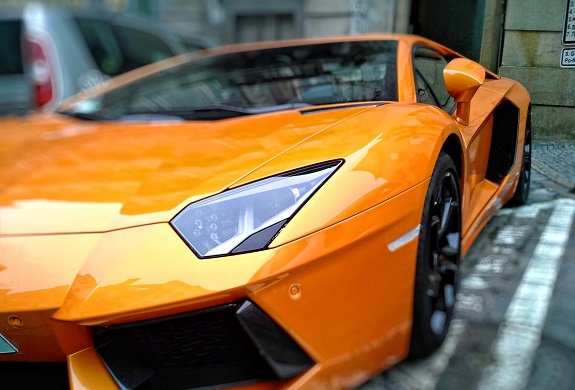 Cars have been status symbols since they first appeared, and are well-known for being used to attract the opposite sex; however, in a city with as many people and cars in it as New York, driving a vehicle that turns heads can be a bit of a challenge. For one thing, there’s so much competition it’s hard to stand out, and for another, people are so absorbed in their busy days and surrounded by so much noise, it takes something pretty special to set you apart from all the other cars on the road! So, how can you ensure you turn heads while driving in NYC?

The obvious way to go is to drive a supercar, because a Ferrari, Lamborghini, or McLaren is guaranteed to turn heads. Not only are they achingly beautiful, but their engines make the most divine sound, so people’s senses are drawn to them visually and aurally. The only problem with this scenario is that supercars cost super dollars, and unless you’re earning big bucks, cars of this caliber aren’t going to be on your radar.

Supercars with other badges

The Italian legends and the British bulldog aren’t the only supercars in the world, in fact, there are a great many alternatives to choose from. They may not have quite the same kudos as the top three marques, but will often be capable of matching them in looks and performance. Best of all, they don’t necessarily require a three-figure outlay to own. For example, you could get a Lotus Exige S260 with a 0-60 time of four seconds for around $75,000.

Supercars and sub-supers still a bit pricey? You could go down the performance car route. You don’t get the same wow factor with the looks, and some examples do give more of a bad boy image than the suave and sophisticated Ferrari factor. However, performance is comparable in many cases, and they have a deeper but just as appealing engine note – especially if you add an after-market exhaust system. Think Honda Civic Type-R, or Mitsubishi Evo, for example. Older Evos and Subaru Imprezas are better to drive and more distinctive, and you could be looking at sub 20,000 dollars for a car with a lot of horsepower and legendary status.

If you’re feeling a bit gloomy because all these options are out of your price bracket, there is another way to make your vehicle stand out. There are many ways in which you can modify your car, either visually or to improve performance – or both:

You can also look at a respray in a custom color or combination of colors, or get some wraps to make your car unique. Or how about getting a picture painted on your vehicle? Auto artists can do amazing things, and you could create your own bespoke design to make your car stand out.

Unfortunately, none of these options comes cheap, but many modifications can be made without spending a vast amount. If it’s important to you, there’s always the credit option. For instance, you can find out about the best short term loans at Crediful.com, where you can compare the range of credit options available to you.

One crucial point is that you can turn heads in a bad way as well as a good way. For instance, adding body kit that doesn’t suit the car, fitting ridiculously low-profile tires to a standard car, or a botched paint job, can all make people look at you as you go past, then shake their heads in disbelief at how awful your car looks.

If you’re going to change anything about your car, make sure it’s going to look good and add to the car’s performance without affecting its reliability. You should also check out how any kind of modifications you make alter the terms of your insurance, and what effect it will have on fuel efficiency.

It’s a very satisfying feeling to be driving along a street and have people turn to look at your car. If you want to experience that feeling, you need a car that stands out from the crowd.