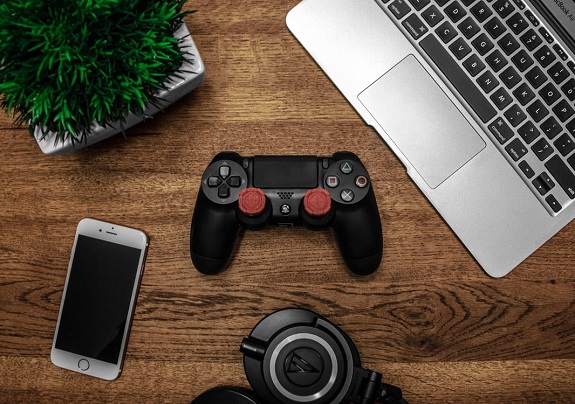 Getting gifts for a guy in your life can be tough. Maybe you’ve bought him everything he wants, or you just never seem to get it right? Well, then you’re in need of a little inspiration. And to do that, you’re going to want to find the right resource – so you’ve come to the perfect place. Because when it comes to gadgets, we’ve got them covered. If your partner, dad, brother, friend, or colleague loves gadgets and they have an occasion coming up, then you’re going to want to get them something that will wow them (and hopefully that they haven’t already got). So let’s take a look at five different areas of gadget coolness with gifts that you could consider getting as a gift.

If the guy in question loves gadgets, then it’s safe to say that he probably loves IT too. So why not think about making your gadgetty gift IT based? One of the coolest gadgets that you’re going to find in this category is the laser keyboard. And yes, it’s exactly what it sounds like it is. A keyboard that is created via a laser! Tagged to the smartphone, this can allow your gadget mad guy to type away with a laser picking up what he types. Cool, huh?

Up next, we need to take about remote-controlled devices. Because you’re never too old or too mature to love playing with these bad boys. But one thing’s for sure, your taste just tends to mature. So instead of cars, look into 10trailtrucks for a great option. And if you want to go with something that’ll fly high , a drone could also be cool – especially if they love photography or video as well as gadgets.

From here, we’ve then got the super cool wrist-based gadgets. You may find that your gadget guy has a device already, particularly if it plugs into his phone. But, you could take this one step further and look into smartwatches that look like a regular watch too. Because then he’s got something fun to wear on fancier occasions too. At the same time, you could also look into fitness aids, because these can be a cool way for them to get fit in their own fun way.

Maybe they’re not so great in the kitchen, or they can’t usually be enticed into it unless there’s some kind of gadget involved? Well, you may not be able to redo the entire kitchen with smart hobs, splashbacks, and countertops, but you can opt for a super cool breakfast maker that takes on toast, bacon, and eggs at the same time.

From here, your final option from us is going to be media-related technology. And there’s always going to be a wealth of options here, but two of the best involve music and movies. The first would be looking into projectors so they can watch movies, and the second is wireless speakers for their smartphone.