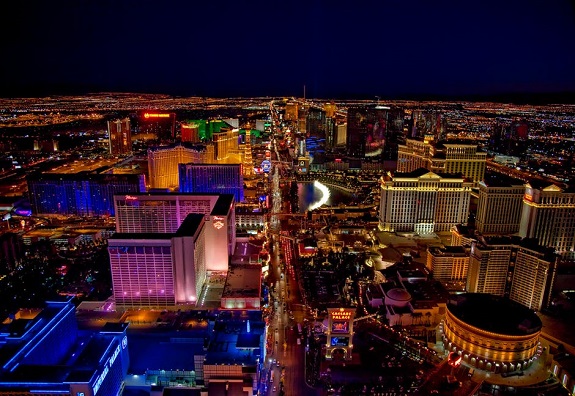 Looking for ways to ring in the New Year in Vegas? Las Vegas is the city that never sleeps and New Year’s Eve is no exception. See your favorite DJs spin at the hottest night clubs, head bang to your favorite rockers, get crunk with legendary rappers or dance the night away with the princess of pop, Vegas has it all.

Here are the best concerts and clubs to get the party started and ring in the New Year:

1. Ring in the New Year with Britney Spears at Axis Theater at Planet Hollywood

The princess of pop is stepping down from her throne and is leaving her residency at Planet Hollywood. End the year right and enjoy her last show at the Axis Theater.

2. Ring in the New Year with Calvin Harris at Omnia Nightclub inside Caesars Palace

3. New Year’s Eve with The Chainsmokers at XS Nightclub at the Wynn

Capture the evening with a “Selfie” while dancing to this 2014 chart topper with biggest DJ duo in Vegas.

4. Rock in the New Year with the Foo Fighters at The Chelsea at The Cosmopolitan

If clubs and dance music isn’t your thing, spend the night rocking out to the Foo Fighters at The Chelsea.

5. Ring in the New Year with Steve Aoki at Hakkasan Nightclub

See multi talented singer-songwriter Bruno Mars bring his uptown-funk to the Park Theater for a New Year’s celebration that you won’t forget.

8. New Year’s Celebration with Ja Rule and Ashanti at Brooklyn Bowl at The LINQ

Make sure you are on time for Ja Rule and Ashanti at Brooklyn Bowl for a mesmerizing evening.

9. New Year’s Eve with Chris Brown at Drai’s Nightclub at The Cromwell

Say goodbye to 2017 and be wowed by Chris Brown’s impressive choreography and epic dance moves for a concert you won’t forget.

10. Ring in the New Year with Lil Jon at Jewel Nightclub at the Aria