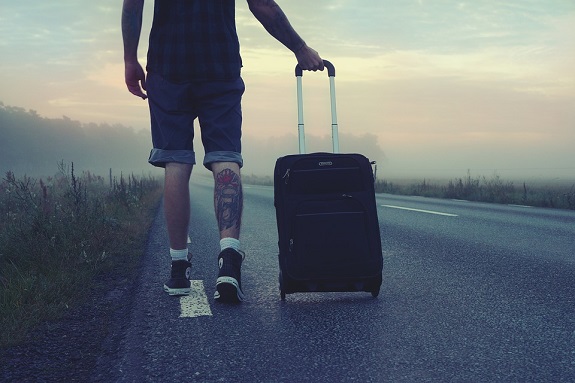 Guys usually mention the same things when they talk about improving their mood and health. We know we should drink more water, take more breaks, eat more fruit, that sort of thing. Sure, all of these things are important. But why don’t we look at the less traveled roads towards stronger health and the relief of stress?

Yoga and meditation were probably the first things you expected in an article with such a title, right? (The photo of the meditating man probably didn’t help, either.) It’s something a lot of men dismiss. Not necessarily because they’re “girl things” (although some of you may be guilty of this. Bad!), but simply because they don’t seem all that effective in the long run. But if you do meditation correctly, you may find it helps you maintain a sense of calm, as well as a clearer thought process and sense of calm. Some will find that it doesn’t work for them – but you won’t know unless you try. As for yoga, it’s much better for strength and health than you may think.

Get a new mattress

The sleep you’re getting – or, rather, the sleep you’re not getting – can be at the root of a lot of health and mood problems. It’s not just about quantity, either – it’s about quality. It’s safe to say that a lack of consistent sleep schedules, as well as a bunch of other bad habits, are the main reason that people don’t get enough sleep these days. But sometimes it can be a problem with your mattress. A lot of people get pretty trashy sleep because they use a cheap mattress. Perhaps you should replace yours with something more luxurious. It may seem like a massive expense, but try to remember that your mattress should last you at least seven years. That’s seven years of massively improved sleep!

Go on a retreat

Simply getting away from it all is one of the most effective ways of killing long-term stress there is. It’s definitely worth looking for a good location for a men’s retreat. There are all sorts of retreats you could consider. There are religious and spiritual retreats, artistic retreats for painters and writers, tai chi and other martial arts retreats… seriously, you’re spoiled for choice when it comes to retreats. Sure, you could just go on a vacation, maybe even a solo vacation with the goal of “finding yourself”. That could help, but retreats include like-minded company and a very specific set of goals, as well as professionals on-hand to help you out. Don’t dismiss the idea.

Okay, you probably already know how to breathe. You’ve been doing it for as long as you can remember and you’re probably very good at it by now. But you should never assume you’re the master of any subject; there’s always more to learn, right? When you’re dealing with stress, one of the most effective things you can do you is pay attention to your breathing, Yes, it’s kinda that old “stop, close your eyes, breathe, count to ten” thing people probably told you to do when you were an angsty teenager. But seriously, it helps in both the short-term and the long-term. Try some deep breathing now. Hold each breath in for a few seconds, then exhale slowly. Do it for a minute or two. Seriously, it’s awesome.