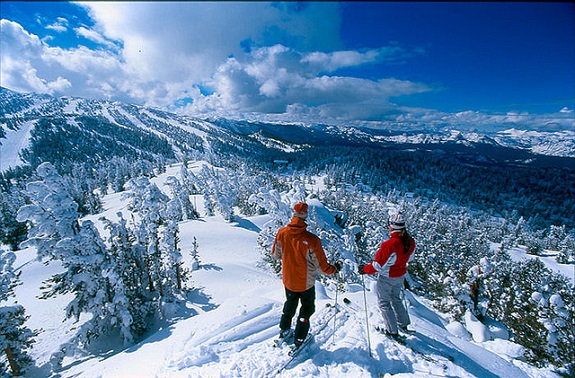 The new year is nearly upon us, and because of this, many of us are looking to the future and thinking about when we’ll get a chance to get away with the guys.

Take a look at some of these getaway ideas for you and your boys.

Go On A Ballpark Tour

Last season was a big one for baseball. After more than 100 years, the Chicago Cubs finally won the world series a reclaimed the title for the Windy City. As a result, there’s been a surge in interest in the sport, which so often plays second fiddle to football.

You and the guys could take advantage of this wave of interest and go on a tour of the most famous ballparks in America. How about visiting Wrigley Field in Chicago and then going on to Fenway Park in Boston? Many of these stadiums are just as famous as they teams that they host, and are famous all over the USA for having incredibly atmospheres during a match.

If you’re into football, you could always go on a football tour, starting off at Lambeau Field new Green Bay and finishing up at the Cowboys Stadium in Dallas.

Admit it: you’ve always wanted to drive a tank, like on GTA. Well, now you and your testosterone-filled buddies can drive these massive vehicles, crush cars and ram trucks with ease. Some places also allow you to fire guns for good measure.

Had enough of skydiving? Why not try your hand at ziplines? Ziplining has grown in popularity, especially in places that are frequently regularly by walkers and adventurous types. Ziplines allow you to traverse large gorges. Some lines are up to 500 feet long and are friendly for all age groups. If you want something that is exhilarating and a little different, it’s worth a shot.

Go On A Ski Trip

There’s nothing quite like the peace and tranquility at the top of the ski lift before you begin your mad descent down the piste. But the cool thing about ski trips is that they cater for all abilities. Most resorts have varying levels of difficulty, catering for everybody, from absolute beginners to seasoned veterans. A great place to start is a ski-focused location like Aspen in Colorado. Here you can rent out skis and try all different types of run, from blue to black. And unlike other mountain sports, you don’t need a ridiculous level of fitness to get started. That means that even couch potatoes can have a good time on a ski trip.

Go On A Fitness Boot Camp

Speaking of fitness, how about going to a fitness boot camp? This might be a good idea if you and your buddies like going to the gym on a regular basis. Finally, you can put all that hard work to the test on a real-world test of your strength and endurance.

Most people combine boot camp with a destination trip, dividing their time between getting fit during the day and relaxing in the evenings and weekend.

Leave a Reply to chair massage at home Cancel reply