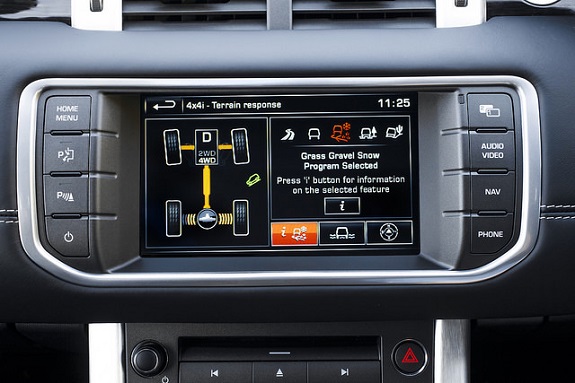 Do you think you could live without the tech that you currently use on a regular basis? Try to imagine if, when you woke up in the morning, you reached for your smartphone and it wasn’t there. Most of us would leap out of bed in a frantic search to find the blasted thing. Or, how about rolling over to look at your laptop and finding it missing. That’s enough to start a full blown panic. What about sitting down in the evening to binge Netflix. But, suddenly discovering that you have no internet connection. The truth is many of us would simply not manage without the tech that we’ve grown accustomed to having at our fingertips. You probably have no idea just how important technology is in every aspect of your life. But you’re about to.

Tech In The Home

There are numerous pieces of tech around your home that we bet you couldn’t and wouldn’t want to live without. Let’s start with that smartphone we mentioned. Phones aren’t just for texting or making calls anymore. You can do anything with your smartphone from searching the web to looking at apps. You can make purchases, make plans and connect to other pieces of tech. On average, you’ll check your phone each day around one hundred times. Unless you’re incredibly popular, most of those times won’t be to look at a text. They’ll be notifications from different social media groups and apps. The fact is that these days we’re always connected. You can understand the importance of this when we suddenly lose this connection. Think about how you react when you’re in the middle of nowhere. Suddenly, you can’t contact anyone, and you’re completely cut off.

Then there’s the computer. These days, computers aren’t just about what you have access to on your hard drive. Or, even online. Instead, it’s all about the cloud and what that enables you to do. For instance, using a cloud server, you can get the information you need quickly with no trouble at all. You can connect to anyone, anywhere and share the information that you’ve already received. This tech has opened up many possibilities such as running a business from home. If you want, it is possible to set up a company from the comfort of your home based purely on the functions of a cloud server.

Then, there’s the added comfort of new home technology. We’re sure that at least a few readers have a smart control set up and running in their home. If you don’t know a smart control allows you to control a number of different features and functions within your home. That could be the air con, the lighting and the music playing in each room. As well as this the smart control can learn and be set for each family member. This is an idea that wouldn’t look out of place in a sci-fi film. But it’s on the market right now.

You probably don’t think about tech having a large presence in sports. Until you start to consider all of those gadgets and gizmos that you use on a regular basis. For instance, many sports plays now use wristband monitors. These tiny little computers can measure everything you need to know about your performance. They’ll tell you how fast you’re running, how you can improve and the number of steps you’ve taken. They can also provide information on other things such as your blood pressure and your heart rate. All of these little details can make you a better player on the field.

It’s also not uncommon for people to listen to music while they’re playing sports. With the smallest MP3 players on the market, it’s often not even possible to tell they’re listening to music. Especially with wireless earphones that are no bigger than ear plugs.

Or, how about specific instances of tech in the sports that you play. We doubt have a number of readers that love to spend a good few hours on the golf course. At least a few will be using a rangefinder such as the Nikon Coolshot. Rangefinders allow golfers to see accurately how far away they are from the green or their next target. They can then choose which club to use based on the readings that they receive. The amazing thing is that this tech is so small you can carry it around, and it will make the calculations in seconds. Now that’s a clever piece of tech golfers can no longer live without.

Tech On The Go

Have you ever thought about how much technology is now in your car? Forget about the engine, the most important part of your vehicle is now the computer underneath the hood. It controls everything about your, from the sat nav embedded in the dashboard to the air con under the seats. But that’s fairly basic tech that we’re talking about. You also have other pieces of tech such as cruise control, gesture control, and automatic locking.

You may have noticed a pattern here. Yes, more control is being taken away from our driving experience and given to the computer and tech working beneath the surface. One day, this could dramatically reduce the number of car accidents that occur out on the road. For now, it’s a constant reminder of how fast tech is evolving.

It’s believed that as early as next year a significant percentage of cars on the road will be self-driven. The drivers won’t need to do anything at slower speeds thanks to the latest tech. This is a startling glimpse at what the future could bring regarding tech we rely on.

It’s clear that the technology we already rely on isn’t going to fade away. In fact, we’d argue it’s going to become more important. You might think that you can’t live without your smartphone now. Just wait until phones become glasses and putting them on transports you to a virtual world. We’re slowly approaching an age where everything we do is reliant on tech. In fact, some would argue that we’re already there.