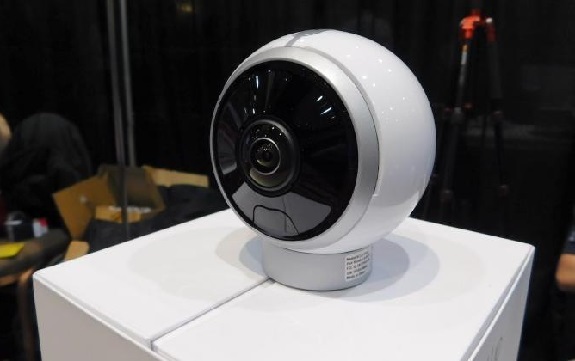 Alongside the launch of IC Real Tech’s new ALLie Camera today, the company announced the integration of the ALLie Camera with YouTube – enabling any user to live stream 360-degree video on YouTube. With its launch, the ALLie Camera becomes the world’s first 360-degree everyday use camera with 24/7 viewing, recording, live streaming, still-capturing, social sharing and virtual reality (VR) viewing capabilities – allowing users to see it all, all the time, no matter where they are.

With the integration with YouTube, ALLie Camera becomes an ideal platform for video bloggers, sports arenas, music venues and others to give their fans or viewers complete freedom for how they see an event, allowing them to be there like never before. Users can now publicly or privately live stream events like birthday parties, weddings, graduations, concerts, sports games and more. Viewers simply swipe, zoom and pan on their phone or tablet to see what’s going on and essentially be there when they’re not – gaining complete control over their viewpoint. They can even view with the included VR headset for a fully immersive experience.

“We are excited to work with YouTube as they take immersive video even further with 360-degree live streaming,” said Dmitry Kozko, President of ALLie. “Now that the demand for real-time, 24/7 content has reached its peak, our ALLie Camera aligns perfectly with YouTube to give users the ultimate 360-degree, live streaming experience. ALLie is always on so that users don’t miss a thing, and now they can more easily share experiences with friends, family and fans on YouTube.”

The ALLie Camera also features 4K resolution, cloud recording and storage, two-way audio, live and recorded VR mode with included VR headset, among others. It doesn’t require batteries, has simple upkeep with automatically updated software and features, and can be mounted on walls and ceilings or stand on any surface.

If you’re at the NAB show, please come by our booth at C3361DPMR for a demo. For more information on ALLie Camera, and to order, visit www.Allie.Camera. The ALLie app is available on iOS via the Apple App Store and on Google Play for Android devices. You can also follow ALLie on Facebook and Twitter.