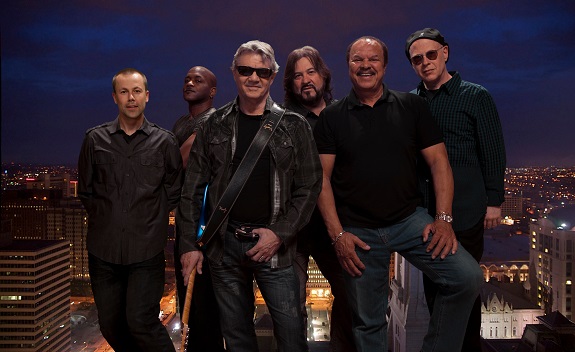 The New York Mets announced the Steve Miller Band will perform at Citi Field on Saturday, June 27 after the Mets take on the Cincinnati Reds and Rock & Roll Hall of Famers Heart will play Saturday, July 25 after the Mets play host to the Los Angeles Dodgers.

The Saturday post-game performances begin approximately 20 minutes after the conclusion of each game from a stage in the outfield behind second base. Admission to the concert is included in the price of the game ticket. Tickets start at $20 and are available at Mets.com/Concerts. Both concerts are part of the Mets Postgame Concert Series. The third show — scheduled for Saturday, August 15 when the Mets play host to the Pittsburgh Pirates starting at 7:10 p.m., will be announced in the weeks ahead.

Steve Miller Band will perform following the Mets’ 4:10 p.m. game vs. the Cincinnati Reds on Saturday, June 27. The Bay-Area based classic rock band has sold over six million copies of their album Greatest Hits 1974-1978 and produced seven Billboard Top 100 singles including “Take The Money And Run,” “Fly Like An Eagle” and “The Joker.” One of rock music’s all-time greats, the Steve Miller Band has sold more than 40 million records in a career spanning more than 40 years. His trademark blues-rock sound made him one of the key artists in classic rock radio.

Heart will perform following the Mets’ 7:10 p.m. game vs. the Los Angeles Dodgers on Saturday, July 25. The Grammy-nominated rock band, which was inducted into the Rock and Roll Hall of Fame in 2013, has sold over 35 million records worldwide. The band has also had 20 Top 40 singles and achieved Top 10 albums on the Billboard Album Chart in the 1970s, 1980s, 1990s, and 2010s, the longest span of Top 10 albums by a female fronted band. Recently, the group was ranked 57 on VH1’s “100 Greatest Artists of Hard Rock” and the Wilson sisters, Ann and Nancy, ranked 40 on VH1’s “100 Greatest Women in Rock and Roll.” In 2012, Heart received a star on the Hollywood Walk of Fame.