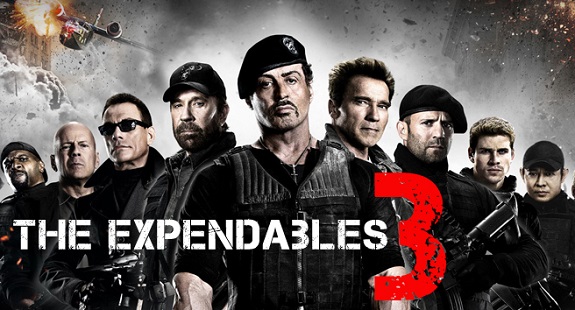 Good.  By now you know The Mobile Movie Man is a sucker for action movies.  I liked the first one, and I thought the second was ok, and I was prepared to hate this one but I was shocked how much I really liked the third one.

There is nothing ground breaking here, but there is nonstop action from start to finish with almost all of the action stars I grew up watching as a kid. Now noticeably absent from a cast that even includes Frasier (Kelsey Gramar) is the karate chopping, reality show TV cop STEVEN SEAGAL!!!! Come on guys get with the program and get him involved in the 4th installment!!!! One thing I will tell you is that it was pure genius to cast Mel Gibson as a bad guy here because he’s the bad anti-Semite in real life that they might as well capitalize of the public’s desire to see him die in real life on screen. Kudos Sly on that. If you are a fan of the classic 80’s action movies then this is a must see for you because you will be locked in for the entire film.