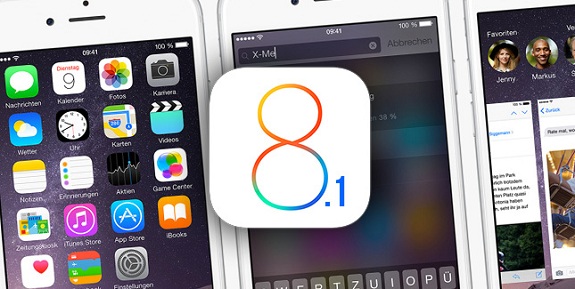 If you are an iPhone, iPod or iPad user, by now you probably know that iOS 8.1 will be released today and the biggest hype for this new release is Apple Pay but that is not the only feature being released. And now we’re having a quick look at some other new features that are making their way in the latest update.

Apple iOS 8.1 includes bug fixes, functionality for several Continuity features, the iCloud Photo Library, Apple Pay and the return of the Camera Roll, along with other minor improvements.

Continuity – With the new Continuity feature, users can easily switch between their iPhone, iPad and Mac or use them together. Handoff, Phone Calling, Instant Hotspot and SMS from any device are the main features that Continuity brings. With ‘SMS from any device’ feature, you will be able to send and receive SMS/MMS text messages from your iPad or Mac.

Also, in the chat bubbles, Apple differentiates iMessages with blue backgrounds and standard SMS messages with green backgrounds. Instant Hotspot will allow your iPad or Mac to connect to the personal hotspot on your iPhone if it is in your proximity.

Apple iOS 8.1 will include bug fixes and the return of the Camera Roll, as well. For another blog post on iOS 8.1 click here.

Do you own an Apple iPhone 6? Do you plan on using Apple Pay? Let us know in the comments section below.