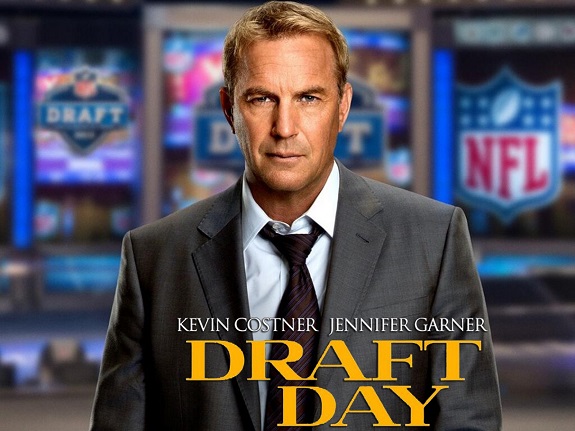 OK. I’m a big fan of the NFL and I thought it was cool to see what it may or may not be like behind the scenes on draft day but I thought it was totally unbelievable. For gods sake the Cleveland Browns…..give me a break LOL.

Any way I was talking to someone before I saw this movie and they compared it to Money Ball – Not even close. First off Money Ball was nominated for Oscars, and second this would be called Dummy Ball if it was even mentioned in the same sentence with Money Ball. The movie is classified as a sports drama, but there was a DL sneaky love story in here that the broads will be pleasantly surprised with if they decide to sit down and watch this with their man. I’m not going to hammer this movie at all because it’s not terrible and you can do way worse than this, but just take it with a grain of salt. All in all it’s not a bad way to pass the time but it’s nothing close to Jerry McGuire or Money Ball.